The city of Funchal is the fifteenth-century capital of the Autonomous Region of Madeira. A remarkable city in the present, that looks to the future without ever forgetting its fascinating past.

A few years after landing on Madeira in 1419, the Portuguese explorers João Gonçalves Zarco and Tristão Vaz were charged with governing the two captaincies formed on the island. While Tristão Vaz took over the captaincy of Machico (the site of the first Portuguese landing on Madeira), Zarco took over the captaincy of Funchal. Funchal's good natural harbour and Madeira’s geographical location made the city an important middle ground for maritime expeditions to the New World. The fertile soils, more specifically the ones used for growing sugarcane and grapevines, soon transformed the small town of Funchal into the economic centre of Madeira Island, consequently making it an important international trading point which attracted several Portuguese, Spanish and Italian merchant families; including the family of Christopher Columbus. As the decades passed, the consolidation of Funchal's commercial and administrative importance gave way to a constant demographic and economic growth, exacerbated by its assertion in the tourism sector, which started gaining notoriety with visits from the European nobility and political figures such as Winston Churchill.

"From Sea to Mountain”

Funchal is today one of Portugal's largest cities and the gateway to Madeira Island. The subtropical Mediterranean climate provides warm summers and mild winters. Pico do Areeiro, one of the highest points of the island and a popular tourist destination, is located in the far north of Funchal. In the coldest winters, Areeiro and the highest slopes of Funchal are covered with white snow, creating an imposing backdrop with the city centre in the foreground.

Funchal is divided into 10 parishes, each with things to discover. The parish of Monte, on Funchal's highest slopes, contains several 'quintas' - the former homes of the Funchal elite who made Monte their summer retreat - with stunning gardens and magnificent views. Here you will also find the Church of Nossa Senhora do Monte, cable cars to downtown Funchal and to the Botanical Gardens and the famous “carros de cesto” (toboggans). Still in the high areas of Funchal, the parish of Santo António is known for the church of the same name, which hosts the annual Popular Marches, for Pico dos Barcelos, whose belvedere offers one of the best views of Funchal; and for being the birthplace of Cristiano Ronaldo.

Taking the cable car from Monte, we arrive at the seafront in the Old Town of Funchal, known not only for its historical importance (take the opportunity to visit the Fort of São Tiago) but also for being one of the best places for nightlife, with several well-known Poncha bars, pubs, and restaurants. Continuing our tour westwards, we arrive at the Farmer´s Market, where traders sell fruit, vegetables, and other fresh produce from the island. The Farmer’s Market is also the centrepiece of the Market Night, one of Madeira's most famous folk street festivals - Arraiais - which takes place on December 23rd. Continuing our seafront walk along Avenida do Mar in the parish of Sé, we come across various attractions and monuments along the way, such as Praça do Povo, São Lourenço Palace, Sé Cathedral, Santa Luzia Park and the Municipal Gardens, the Municipal Theatre and various other architecturally significant administrative buildings. Passing the Port of Funchal and the CR7 Square we find ourselves at the Casino Madeira, the work of the architect Oscar Niemeyer. Between the Casino and Praia Formosa, on the border with the neighbouring municipality of Câmara de Lobos, we find some of the best hotels in town: Pestana Carlton, Belmont Reid's Palace, Royal Savoy, and The Cliff Bay, to name but a few. Close by are also the Lido and Ponta Gorda pool complexes, the Lido promenade, and the Doca do Cavacas natural pools. Perfect for relaxing after a long walk!

Funchal is also the economic centre of Madeira. Besides being a safe place for businesses and individuals, Madeira benefits from one of the most competitive tax systems in Europe, with one of the lowest corporate tax rates in the EU. Furthermore, the International Business Centre of Madeira (click here to find out more) offers many advantages for the creation and/or relocation of companies and registration of ships.

Madeira also has excellent conditions for digital nomads. For more information you can click here or contact us. The NEWCO team is available to answer your questions and help you with any corporate or relocation services.

Download our Madeira Brochure (below) for more detailed information on the advantages of Madeira for companies and individuals. 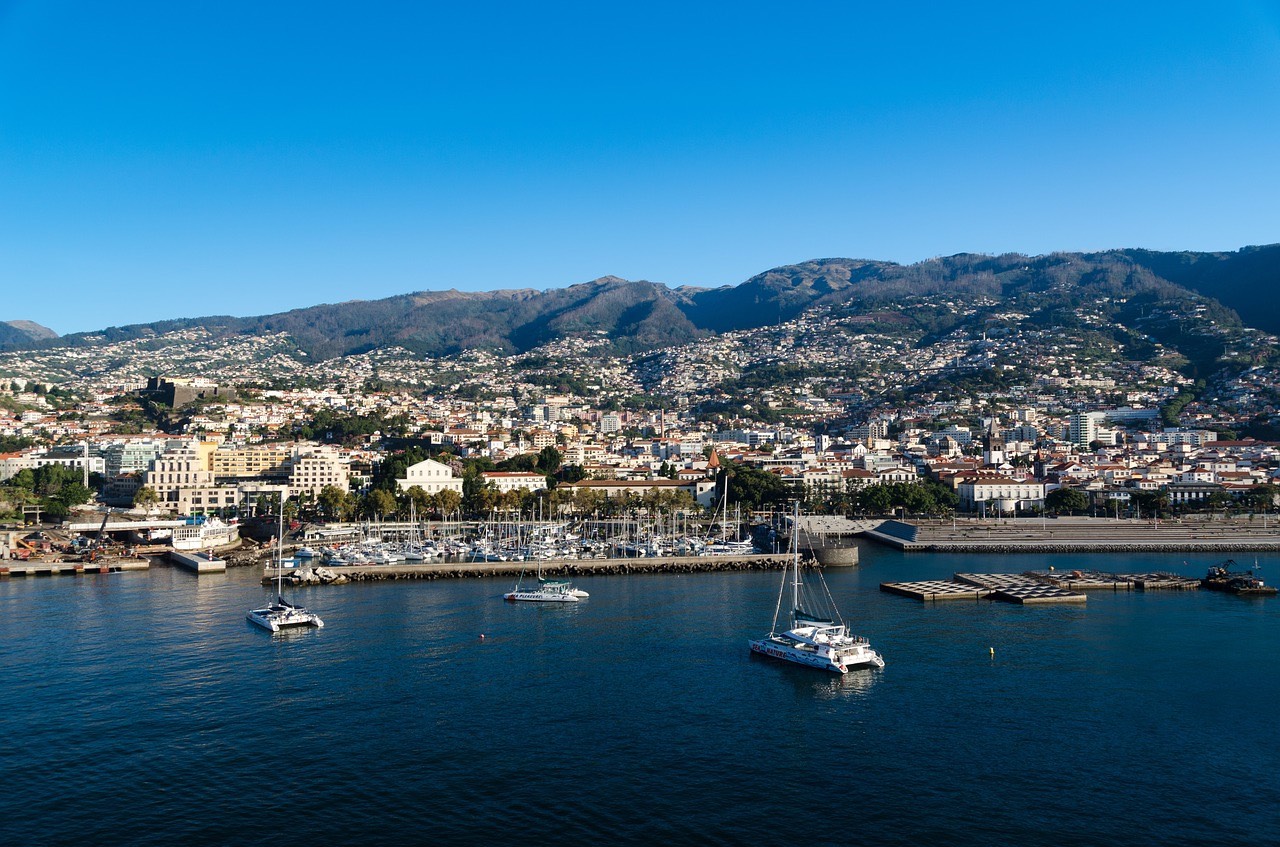 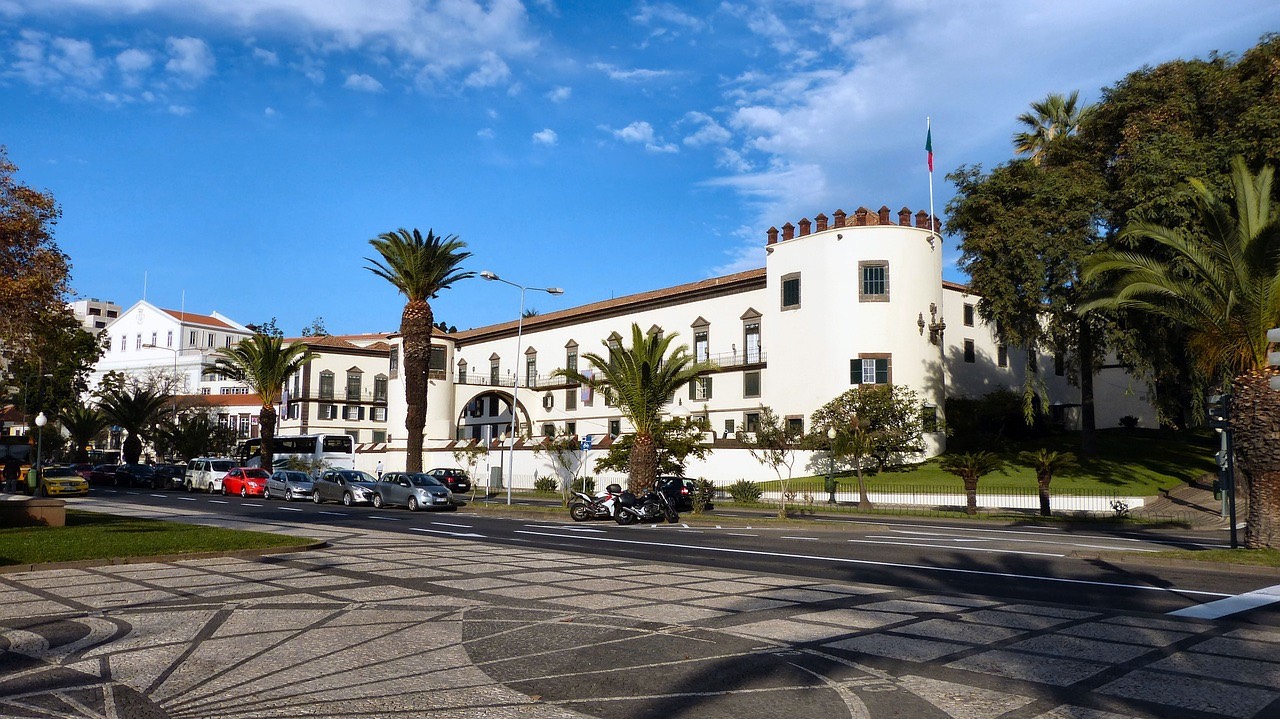 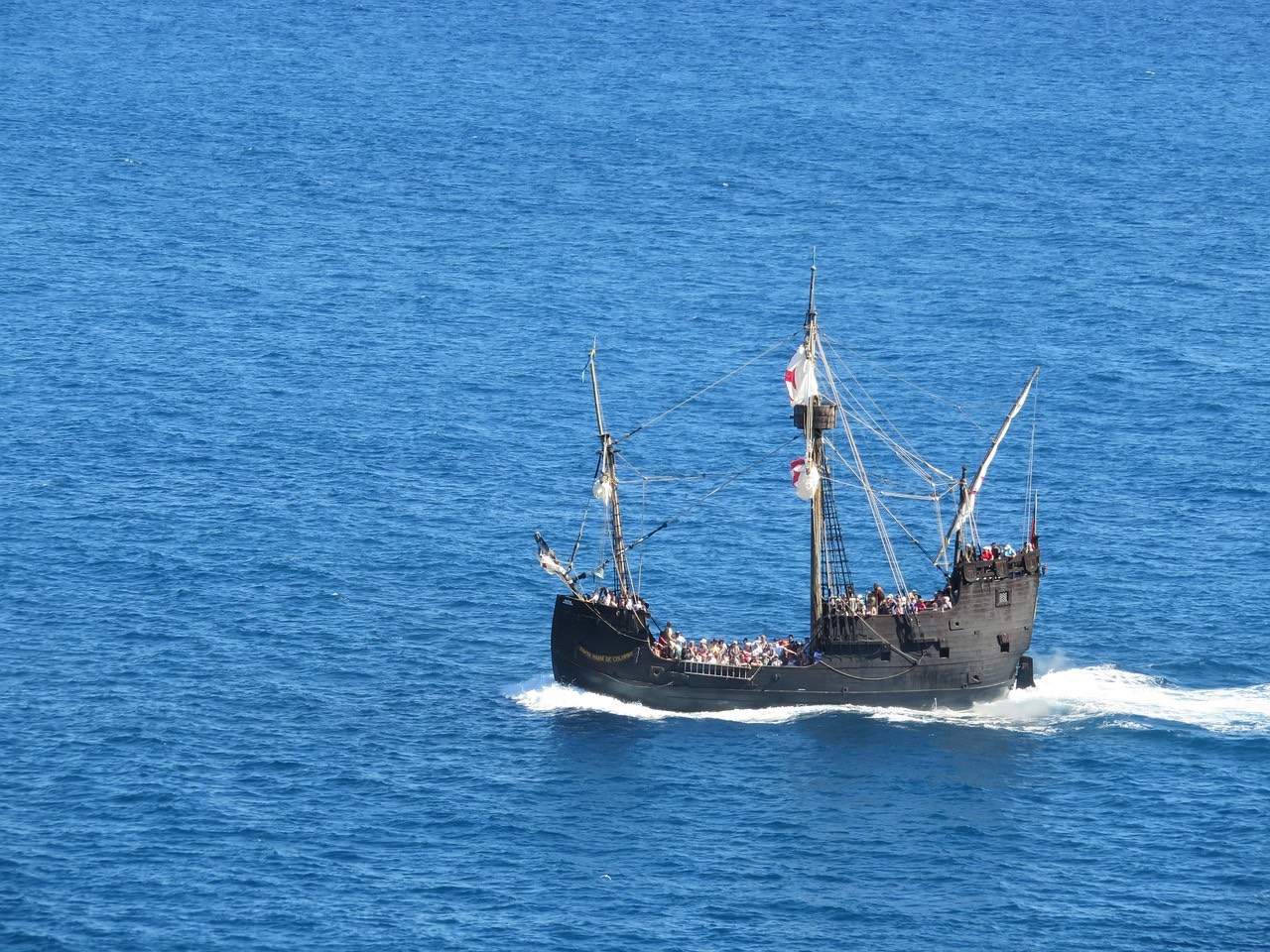 Replica of the Santa Maria, part of Christopher Columbus' fleet 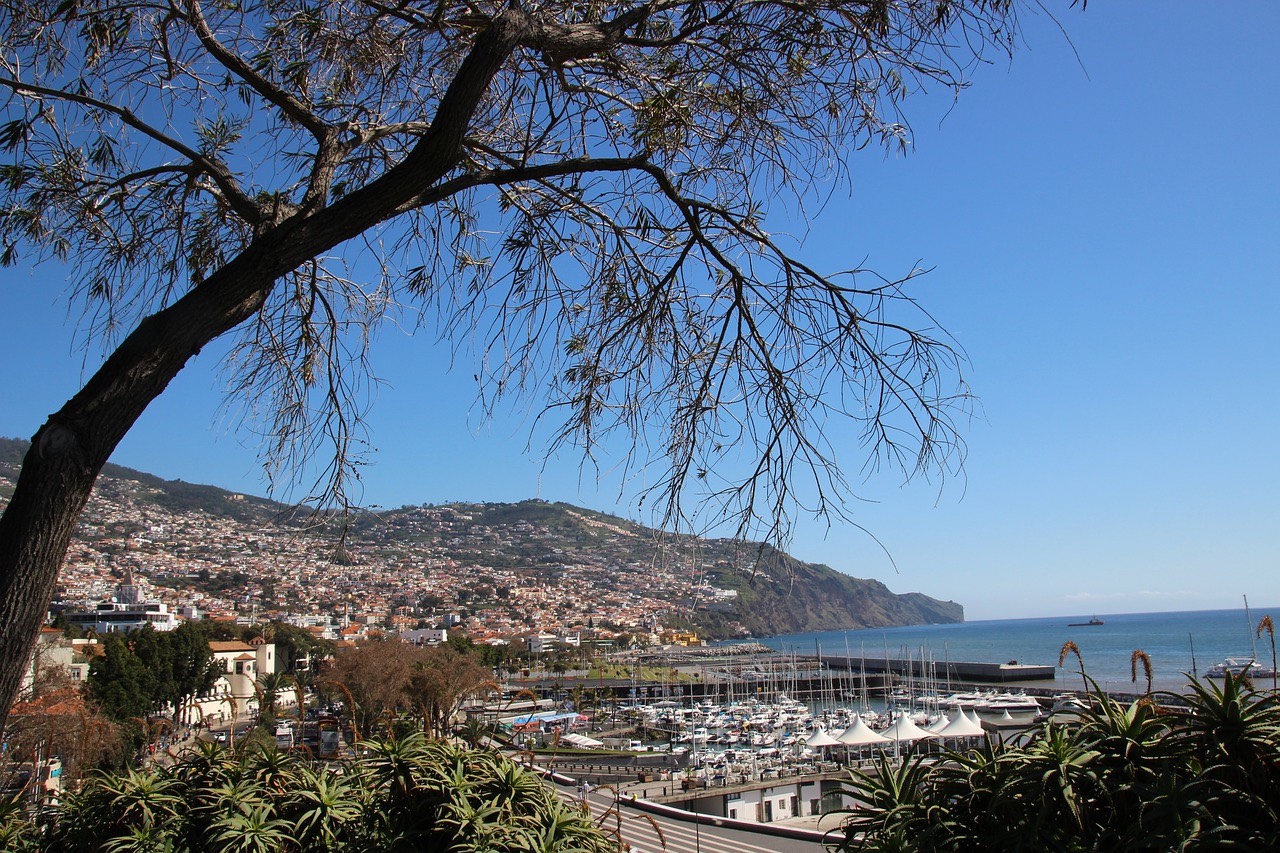 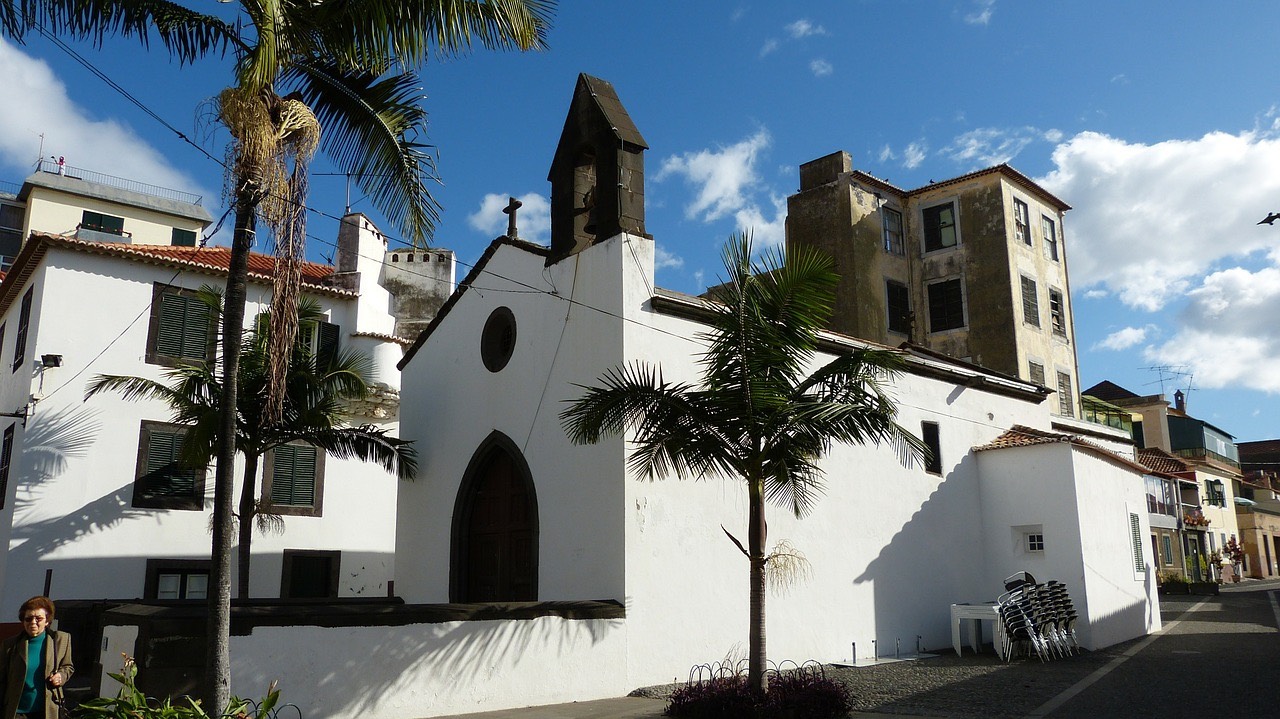 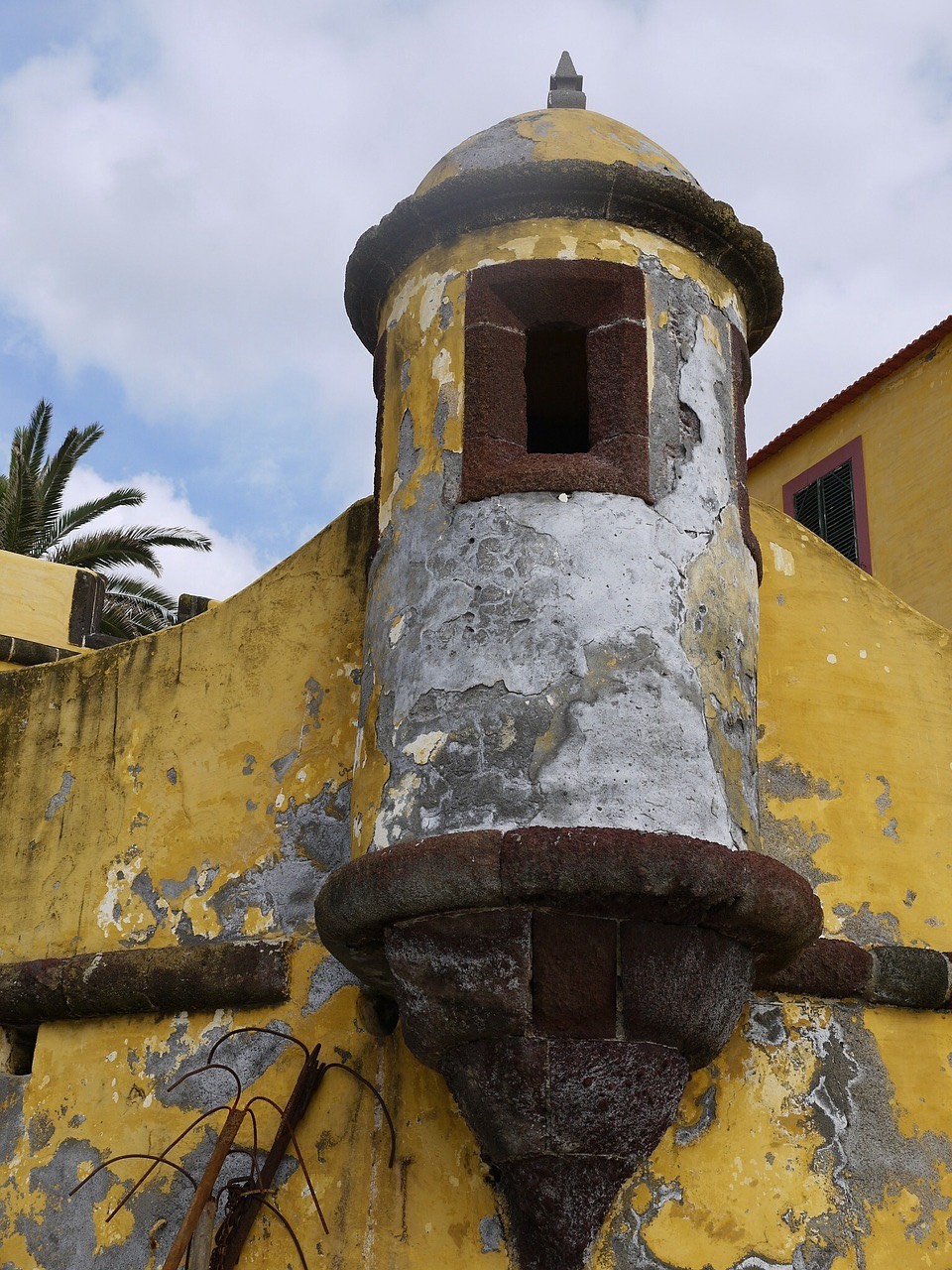 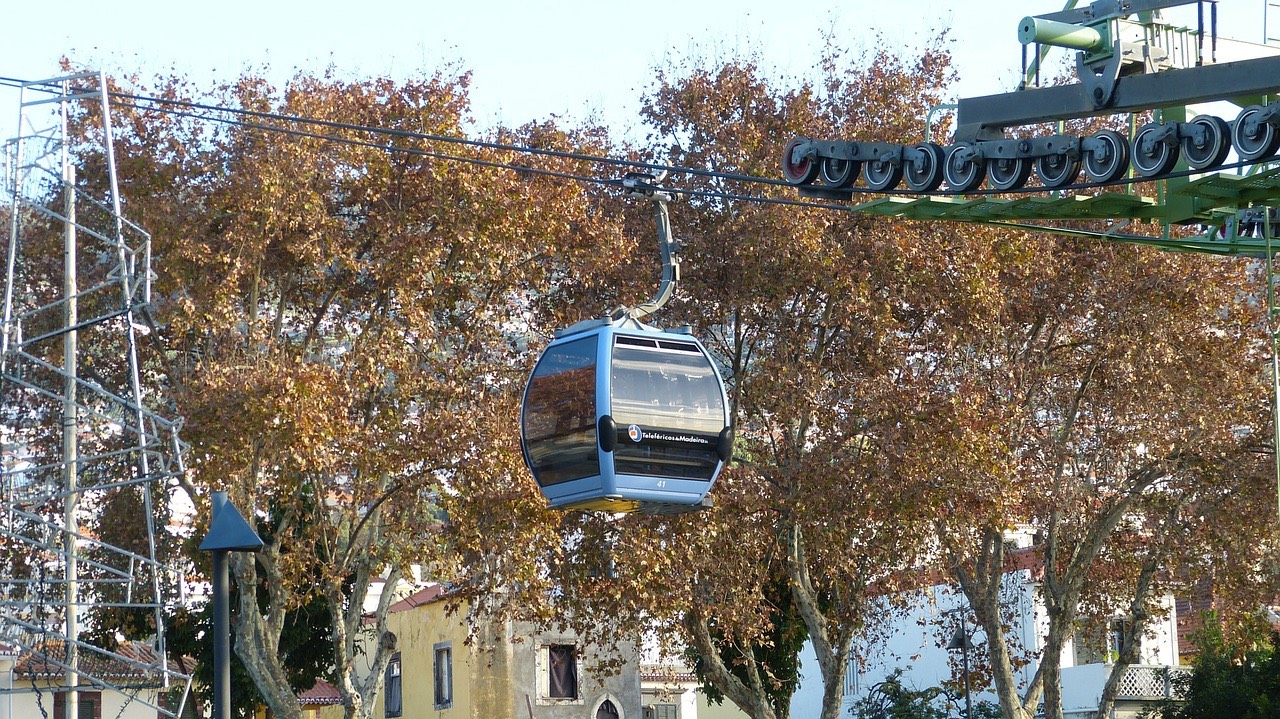 Cable car in the centre of Funchal 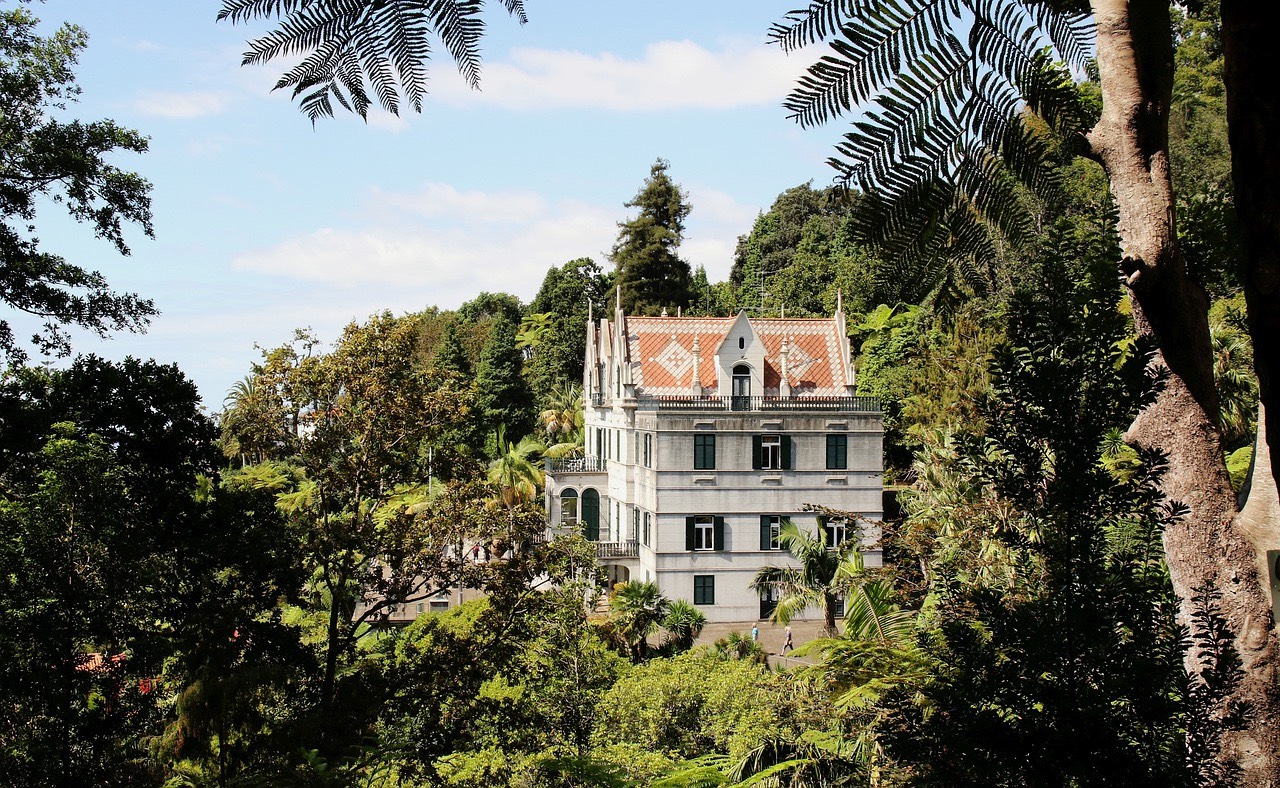